A History of STOKE GIFFORD & Nearby Parishes
Edited by Adrian Kerton

The Great Western Railway in Filton and Stoke Gifford 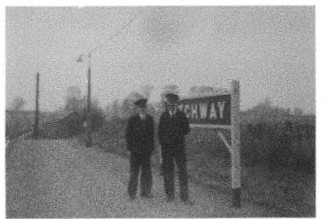 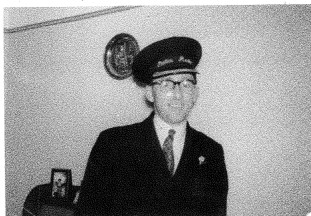 David Gwylym Williams- the chap wearing station master hat – I think 1960 to 1966 and of him with his friend Bill Townsend – my mum called him a lorry driver – apparently I waved at him a lot when I was little. He seems to be wearing a peaked cap too so I wonder if he was a driver on the trains???  They both went to the whist drives.
David’s wife, Beryl volunteered at baby clinic and was on PTA for St Michael’s school, and was a member of the local women’s institute. They lived in 9 church road, railway houses – from Google they appear to have been demolished.

Account by  Tony John Williams.
Tragedy struck the parish of Stoke Gifford on the night of January 10, 1934.
Jack Williams and his son Ken were performing shunting operations in the railway yard when it happened. A fierce thunderstorm was brewing in the dark sky and raindrops were beginning to fall from the heavens. The artificial lights were insignificant, it would be quite possible for anyone unacquainted to step in front of moving wagons without seeing them.
Ken was oiling and greasing a wagon while three others were charging towards him, at a fast speed. Time simply ran out when the wagons plunged into Ken, instantly killing him. He fell to the ground and dropped his lantern nearby.
A few minutes had passed before Jack noticed the lantern and as it should not       An inquest was held a couple of weeks later at Bristol Coroner’s Court. Sir Seymour Williams was the coroner, he sat with a jury who returned a verdict of “accidental death”. Jack and his wife Kate attended the inquest, James Wilson appeared for the relatives and Eric Henry Chaplin represented the Great Western Railway. Criticism of the lighting in the yard was made by a witness.
“It was a very dark night” said William James Northover, a head-shunter from Pilning. “Have you at any time made any representations to the company with regard to the inadequacy of the lighting in the yard?” James asked. “Yes, a few months ago the men in the yard presented a petition, through me, to the company, asking them to do something about the lights” replied Eric. “Has there been any appreciable improvement following that petition?”. “There has been some improvement, but it could be improved further”.
It was explained that the lighting was provided by a plant manufacturing hydro-carbon gas and that standard lamps were focussed on the various points. In reply to Eric, a witness said “wagons near the scene of the accident obstructed the light and cast a shadow on the vicinity of the spot, where the body was found.” The lights on the night of the accident were below medium, and he commented on their inadequacy to Jack.
Another shunter called Henry Herbert Brimble and wagons examiner William Maggs also gave evidence. “The boy had evidently been crushed between the buffers of the wagons,” said Francis Ward Crossman, a doctor from Hambrook Hospital. “Generally speaking it appears that the lighting in the yard has been insufficient” said Sir Seymour, in his summing up. Lighting arrangements in the yard had certainly improved according to evidence, but not to the standard desirable. He had no doubt the company would attend to the matter.
A funeral service took place at the parish church, St. Michael’s. Several family members attended, including Ken’s siblings Clifford, Arthur, Pauline and Frank. A handful of Stoke Gifford Cricket Club players also appeared. Reverend David Railton Jones officiated the ceremony. Ken was laid to rest in the churchyard, in the same grave as his younger brother Herbert, who died in infancy. Dark was the night, cold was the ground. 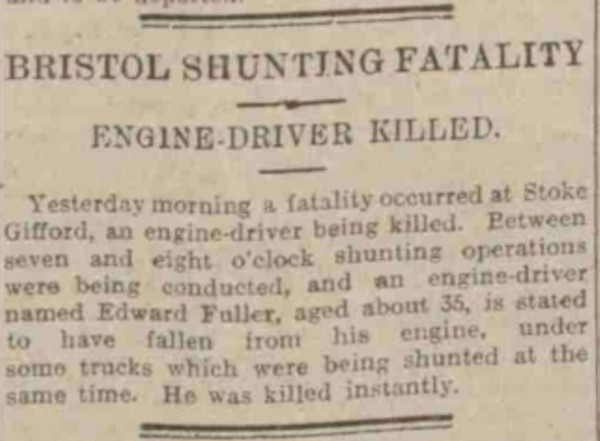 From Notes by Mike Stanbrook.

On 8th September 1863 The Bristol and South Wales union railway was opened. This was a broad gauge line, 11 miles and 37 chains in length running between Bristol and new passage peer, with a the ferry crossing the Severn to Portskewett.

This project was commenced in 1857 and the Act passed and land purchase in 1845, under Brunel’s auspices, although the state of his health must have prevented him from having much to do with its execution. He was succeeded by a R P Brereton, with Charles Richards and as resident engineer. The works, began in October 1858, included a heavy cutting at Horfield, eight Tunnel 1245 yards long at Almondsbury, no Patchway Auld Tunnel (down line), and the two timber Piers at new passage and Paul Stewart, 546 and 258 yards long respectively. The line was a single one from the junction with the Great Western line half-a-mile east of the Bristol terminus. There were stations at Lawrence Hill, Stapleton Road, Filton, Patchway, Pilning and new passage (Ashley Hill was added in 1864). The gradients were steeped being one in 75 either for two miles at to Filton and one in 68 for one-and-a-quarter miles down to Pilning.

1. During the year 1858 to 1859 Brunel had been much concerned to obtain the services of a competent resident engineer. To do the the preliminary work and a to this end of rope to his former assistant Mr. C Richardson.

2. The project and languished with his death and was not completed until 1863

The original station at full time was on the site of the present coal yard, south of the Filton Frenchay Road. The station was so moved it to its at present position in 19 and and three when the line from Stoke Gifford was added. The station at Patchway, which is in fact in Little Stoke, was originally further south, the station was moved to its present site possibly in late in 1904

In the last year of his life, Brunel was engaged on the Bristol and South Wales junction railway, projecting a line north from the city through Ashley Down and Patchway to the proposed new passage ferry. He was concerned to obtain the services of a competent resident engineer to do the preliminary work. And wrote to the former assistant Mr C Richardson. ;I want a man acquainted with tunnelling and fro with which a moderate amount of inspecting assistance look after the tunnel with his own ideas-for I am beginning to be sick of inspectors who see nothing-and resident engineers who reside at home and he must be one to home salary is not the principal object;. Brunel was only able to offer £300 per annum raising to £450 per annum, when the full works commenced, but as compensation he pointed out: ;The country immediately north of Bristol I should think a delightful one to live in-beautiful country-good society near Bristol and Clifton etc. I can’t vouch for any good cricketing but should think it highly probable;. Richardson clearly did not find the salary very attractive, but as he was not then in employment Brunel was able to press him: ;If you desire on the other hand to go to work again… I think this is an excellent opportunity and again offer it to you provided you were sure any that you enter upon it with pleasure and that a resumption of active life is an object to you to;. Richardson accepted and Brunel soon found a pretext for increasing his salary to £400 but the project languished with his death, and was not completed until 1863.

Letter Brunel to C. Richardson 14th September 1858. – The Tunnel mentioned would have been that at Patchway. The reference to cricket it is interesting because Brunel had earlier had cause to reprimand a Richardson for all their indulgence in such a relaxation.

The South Wales and Bristol Direct Railway. – Mike Stanbrook 1977
In the autumn of 1895 the directors of the Great Western Railway took an important step towards meeting long-standing complaints from South Wales by promoting a Bill for a line 31 miles long from Wootton Bassett through Badminton two junctions with the Severn Tunnel line at Patchway and Filton, entitled the South Wales and Bristol direct railway. This would shorten the distance between London and South Wales by 10 miles, avoiding the box and Wootton Bassett inclines. It could also afford an alternative and slightly shorter route to Bristol, and it relieve the main line between Bathampton and Bristol, on which traffic had increased so enormously since the opening of the Severn Tunnel that the question of widening it had been dismissed, an impossibly costly proceeding.

This line was opened in 1903, the first section from Wooton Bassett to Badminton for goods traffic. On the first of January, the remainder to Patchway with the loop to Filton, on the 1st May, for goods, and the whole for passenger trains on the 1st July. From Wooton Bassett to Patchway the line is 29 3/4 miles and the loop towards Bristol from Stoke Gifford, where a large marshalling yard was laid out, to Filton, just under a mile along. The gradients nowhere exceeded one in 300. Earthworks were very heavy, most of the line being either cuttings or Embankment. There are four viaducts of considerable size, one near Somerford over the Avon and three near Winterbourne. The largest 265 yards long with a maximum height of and 90 feet. The Sodbury tunnel, and the main ridge of the Cotswolds between Badminton and at Chipping Sodbury is just over two-and-a-half miles (4444 yards) long. Stations were built at a Brinkworth, Little Somerford, Hullavington, Badminton, Chipping Sodbury, Coalpit Heath and Winterbourne and water troughs were laid east of Chipping Sodbury.

Extension to Avonmouth
An extension of the South Wales and Bristol director railway was opened on 9th May 1910 this extension from Stoke Gifford to Avonmouth brought the docks there to within 120 miles of London, and affording, by means of a short loop at Filton, the new route from Bristol. There was one intermediate station, Henbury and three halts, for which a service of rail motor between Bristol and Avonmouth was provided.

Towards the end of 1916 plans were laid it to construct a large munitions factory at Henbury, on the line from Filton to Avonmouth, a vast amount of preliminary work, in the provisioning of sidings thereabouts and a Bristol and in May 1917 the line from Filton was doubled. (when the United States of America entered the war the munitions factory project was abandoned)

In the 1970s the liner from Filton to Avonmouth and Stoke Gifford to Avonmouth was reduced to single-line working. The Stoke Gifford at marshalling yards were closed and a new station was opened on the site – Parkway. A new line was opened from Patchway to Filton Halt linking South Wales to Avonmouth after rationalising lines from Pilning, Sevenoaks beach/Avonmouth. Filton junction and Patchway station are now unmanned halts with only occasional trains stopping there.

Gauge conversion.
The only engage Conversion carried out in 1873 was that of the branch from Bristol to new passage peer, formerly part of the Bristol and South Wales at Union Railway, 11 1/2 miles of single-line. This was brought about by the necessity for doubling the line as far as a junction to be made at narrow ways Hill with the new Clifton Extension railway. The Conversion and doubling were completed between the night of Thursday 7th August and the morning of the 9th.

Doubling of the line through a Filton.
To provide for the heavy traffic expected on the opening of the new route to South Wales via the Severn Tunnel, opened in 1886, the single line of the old Bristol and the South Wales a union railway, between the junction of the Avonmouth branch at narrow ways near Stapleton Road station and the new Severn Tunnel railway at Pilning, was doubled. A separate at between Pilning and Patchway with a uniform gradient of 1 min in 100 and the Tunnel exactly one mile-long. 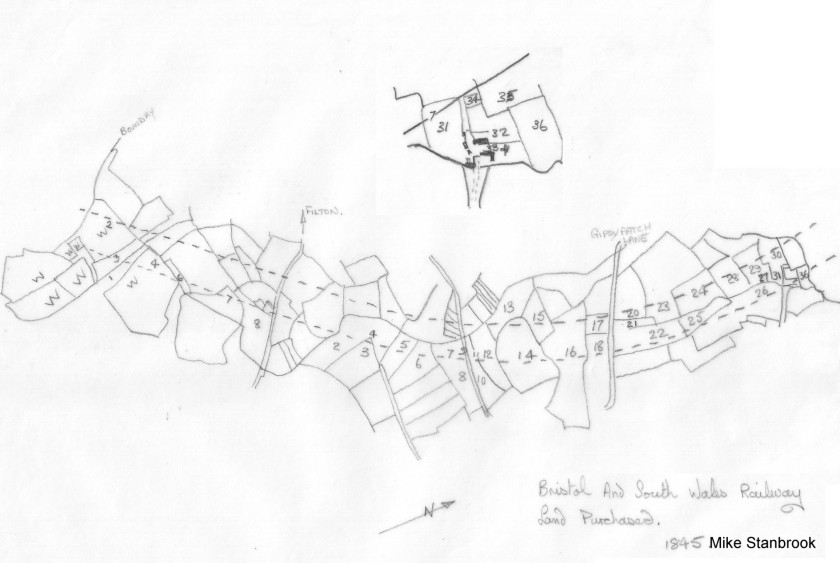 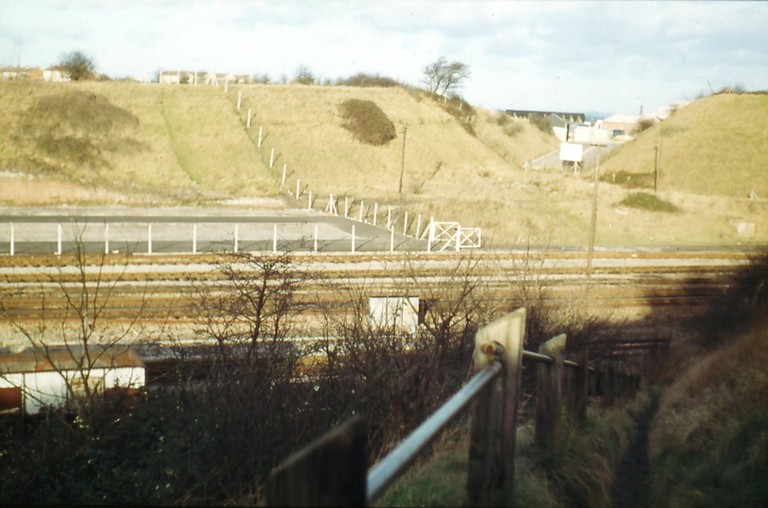 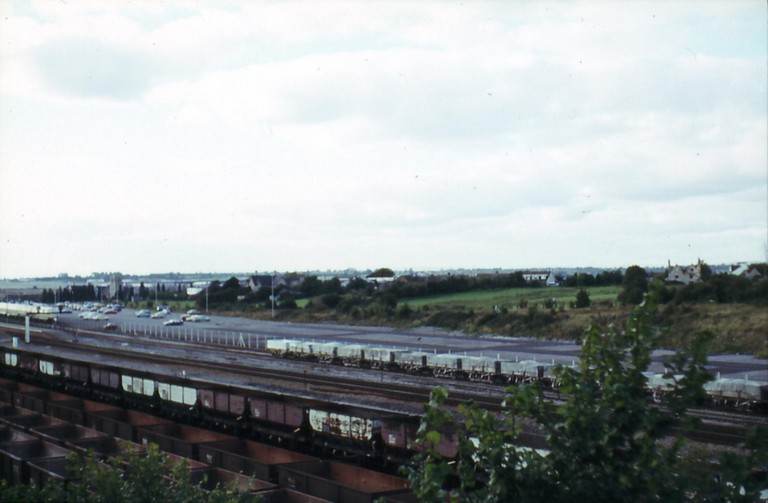 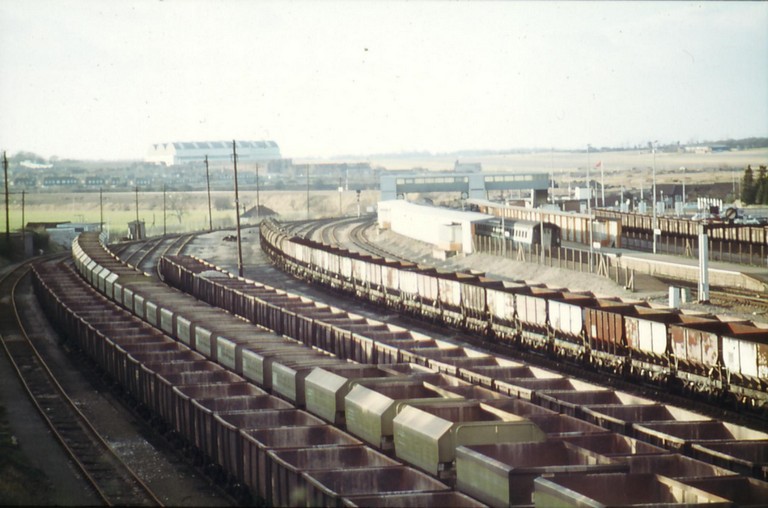 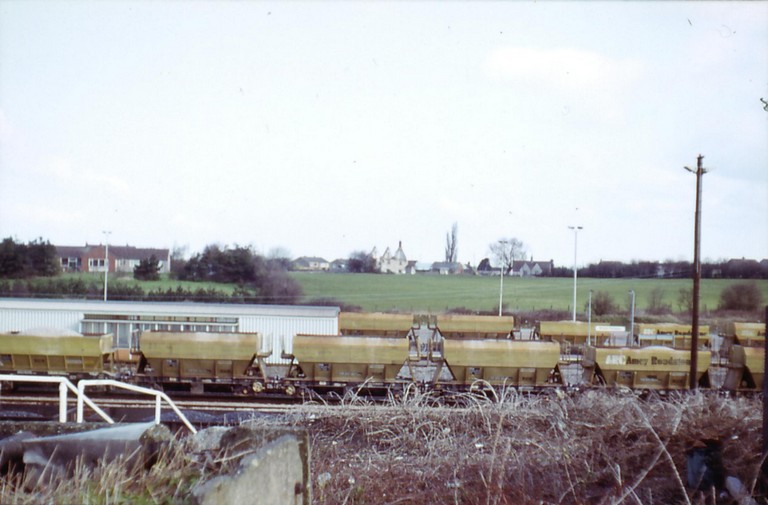 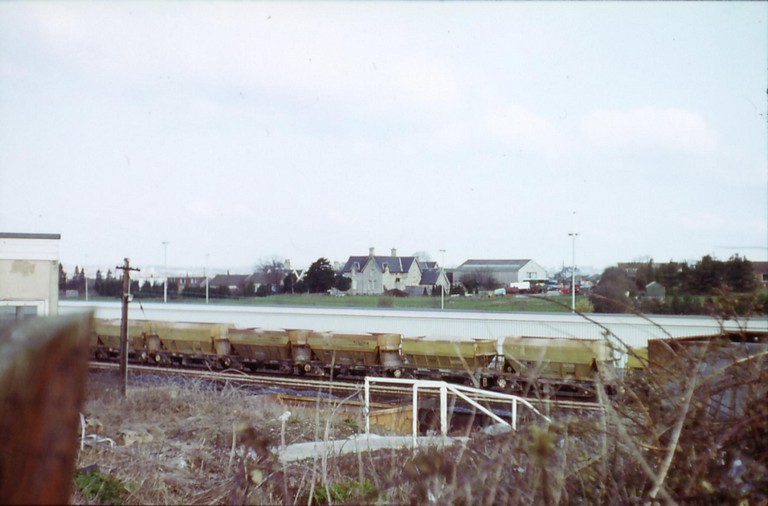 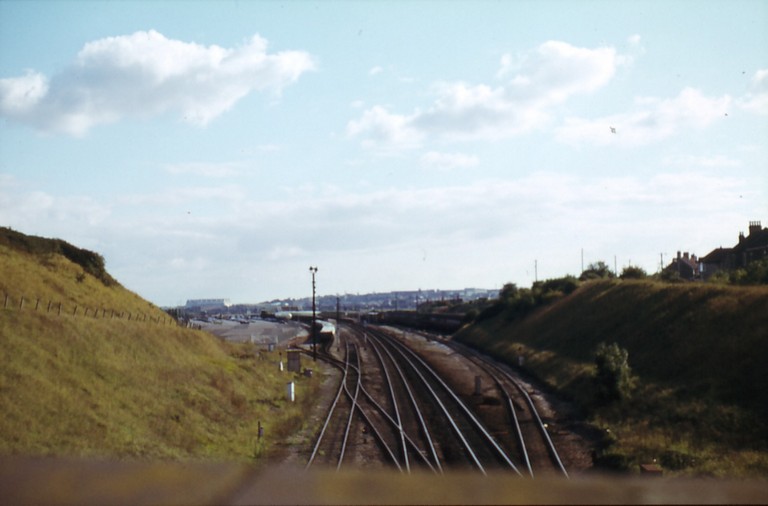 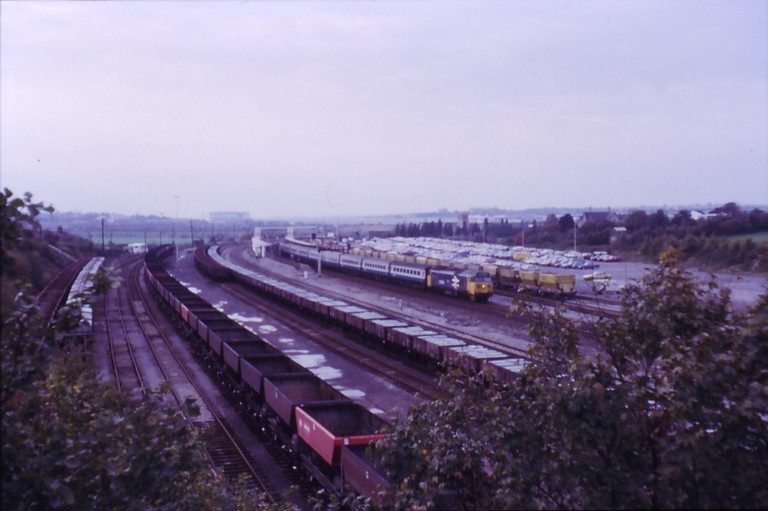 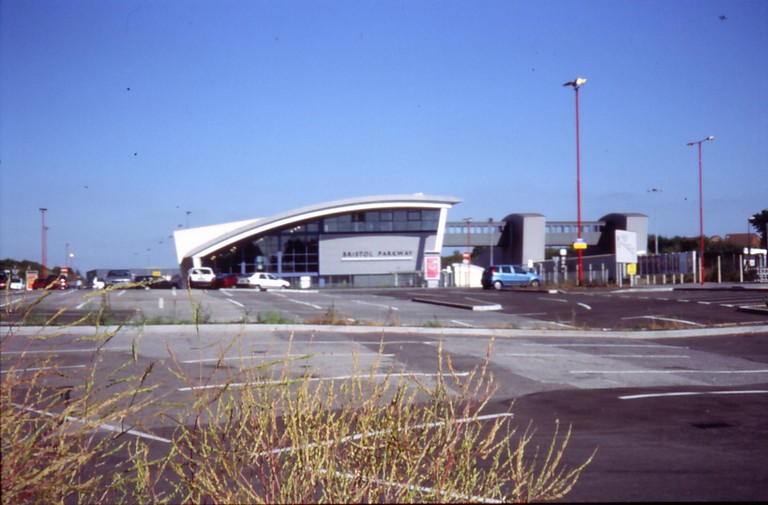 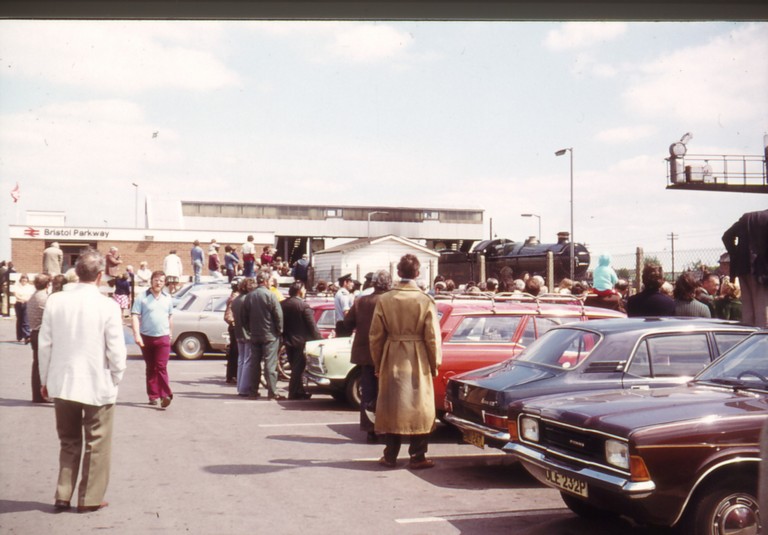